A bunch of hot air? My experiences in the world of cannabis legalisation

About the author: Isaac has lived in China, written for music blogs, organised crowdfunding events and dabbled in political campaigning. Now safely ensconced in the world of PR at Velvet, he has his fingers on the pulse of the media, social networks and marketing services alike. 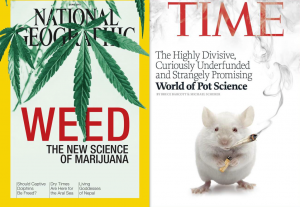 Weed is everywhere in the media at the moment. In recent months, National Geographic, Time Magazine and even The Drum  have all led with cannabis-themed stories. In four American states cannabis has been fully legalised and 23 allow medical use. With this week’s news that MPs are set to debate cannabis legalisation, it’s high time somebody shed some light on all this marijuana hoo-ha. Between February and May of this year I worked on a campaign to legalise cannabis. As expected, after those three months British drugs laws remained unchanged. But this was not the campaign’s immediate goal. Like all single-issue parties, CISTA exists purely for publicity reasons. The campaign sought to raise the issue of cannabis law reform by piggy-backing on the media frenzy of the general election. The party launched officially in February. On May 7 it garnered more than 8,000 votes. That’s more votes than the BNP. And more than the Tories… in Northern Ireland. By the election’s final days, CISTA boasted 32 registered candidates across the four corners of the British Isles, 2000 members and a combined social media following of 10,000 on Twitter and Facebook.  Back in the days of Milifandom – before anybody cared about Jeremy Corbyn – the party featured in The Telegraph, The Guardian and BBC News among others. The argument to legalise cannabis goes thus. Cannabis can’t kill you. It’s not addictive. Policing it is expensive and unjust. A regulated market would raise money for public services, reduce harm and help those who rely on cannabis for medical use. What was most interesting about working on this campaign was discovering what arguments worked best. How do you get your messaging right when you’re promoting something so taboo? Initially, we got it badly wrong. Cannabis is Safer than Alcohol was the party’s first iteration – not only a mouthful, but a bad way of framing the argument. Cannabis may cause less damage than booze but there’s no sense in alienating people who drink alcohol. We all do. Especially in the UK. What worked best was a three-pronged attack of the economy, safety and medical use. Everybody loves a nice big figure and regulation could raise almost £1 billion in the UK. But more importantly, a surprisingly large community of patients exist in the UK who would benefit from access to medical cannabis. It can relieve the symptoms of a number of diseases, from epilepsy to multiple sclerosis. In the US, the charge for legalisation has always started with the issue medical use. Leading with these issues captures both hearts and minds. Although the tide may be turning, I think change to legislation in the UK will still take many years. Ultimately, cannabis isn’t a high-priority policy issue. With austerity, the migrant crisis and broader problems like climate change, it’s difficult to convince people to sympathise with stoners. But really, most of the general public aren’t that bothered. Nonetheless, from a purely pragmatic perspective, supplying the government with a little extra cash to tackle other issues certainly wouldn’t hurt. Isaac Rangaswami

« Why Big Data will fundamentally change human connections » Morrisons puts customers first, but what about Waitrose?