A day without a mobile phone = #horror

First recordable reaction (we won’t mention the tirade of four-letter expletives): “What am I going to do without a phone for the rest of the day?”

I’ve had a number of mobile phones in my lifetime; 50% have been lost to the sticky fingers of others and the rest have met a liquid-induced end – clumsiness is one of my less endearing traits. But it means I know what to do: fish it out of the thankfully clean water, dismantle and dry the bits, and then place them all in a bowl of rice, followed by a spell in the airing cupboard. Genius.

Now I have no pretentions to being desperately cool – and neither does my phone; it’s not a BB or HTC, nor is it an iPhone. It’s a humble Nokia 6700 slide.

News out today reveals that Nokia has held on to its number one spot of leading mobile vendor by shipments in Q4 2011 and for the whole of 2011*, with Samsung and Apple in second and third place. However, as you may be aware, things aren’t all rosy for Nokia – the telecoms group posted a loss of €954m in the same quarter, as its $250m partnership with Microsoft failed to make waves, according to City AM.

So what’s the future for Nokia?

It’s looking at extensive restructuring due to a rapidly declining market share and lack of a competitive smartphone device. The brand is expected to suffer a further fall in smartphone ownership because of a slowdown in sales from Symbian (the mobile operating system), which is due to be replaced by the Windows platform.

The solution? Many think that a successful smartphone range under Nokia’s partnership with Microsoft is the key to the future of the Finnish manufacturer, in spite of the continuing popularity of its lower-tech feature phones. 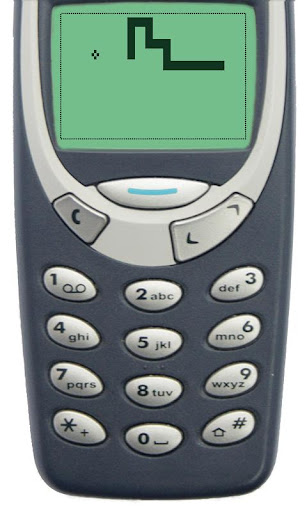 This last point is interesting because my handset is one of these ‘lower-tech’ models and I’m pretty happy with it. Nokia is well-known for producing reliable phones – think back to the legendary 3210 and 3310 models which my schoolfriends and our contemporaries used. These handsets were a handy size, easy to use and had that epic game, Snake– true value for money.

Nokia has kept these key features in its lower level handsets and continues to encapsulate value for money, but the future is apparently smartphone. Little surprise then that those in know are predicting if Nokia doesn’t find its seat at the smartphone table, it could end up down the corporate toilet, like so many of my mobiles.

I, for one, would see that as a sad end for a brand I love. And if you’re not as fond of it as I am, at least you’ve learnt one useful lesson from reading this: if you ever drop your phone down the toilet, smother it in rice and pop it in the airing cupboard for a couple of days. Sorted.