I’ve recently become a bit of an eco-warrior h8e10ex. According to the office I never stop bleating on about veganism or the environment. Perhaps it’s true, but that just means I’m a nice person.

However, this article isn’t about me. It’s about what’s now happening to my social feeds.

I’m a big fan of using Facebook and Twitter to read and share news. And as I’ve started sharing articles on Trump’s attack on the environment since he came in to power, and followed (and even donated to) Greenpeace, my social feed has become abundant with stories and ads about green energy, wildlife and more.

This is great – the more interesting stories I can read about how the earth is doomed, the more I can preach to the office. One of the biggest eye-openers, along with the fact that if we don’t fix our climate in the next five years we’re doomed, is that I’m increasingly creating a social echo chamber for myself – one that contains news and views catered to my own.
This is a problem, and can help us understand why there’s such a big, and growing, polarisation of views between the left and right of society.

Think about it. If I’m receiving a deluge of news and views curated to my shares and likes, this is the same for those who vehemently deny climate change, or worse, racists/xenophobes and so on. And as you click, share and like you end up with a fantastic echo chamber of all these lovely or not so lovely people chiming in, and giving a view similar to yours.

What then happens is a rising anger. If I’m reading all these articles about climate change, and there’s a lot, why is no one helping? The same applies to those reading about the erosion of British values, or the ‘next immigrant crisis’ threatening society. We read a deluge of articles, almost on a daily basis, all with one side of the story – all catered to our own browsing data that keeps us in our comfort zone.

With 61% of millennials using Facebook as their primary source for news about politics and government, we need to have more awareness of what’s happening beyond our own personalised news bulletins. Publishers, and that includes Google, Twitter and Facebook despite what they might say, feed us the content we want to read because it gets them clicks. More clicks gets them more ad sales, which increase in value the more data advertisers have on us. Data which we’re happy to give to advertisers in exchange for a better user experience. In truth, we probably like the comfort bubbles we’ve built for ourselves, but we need to be aware of the negatives.

2016 was a big year for all the wrong reasons. Not only did we have Brexit and give huge amounts of airspace to Farage and co. but the USA also elected a heavily divisive figure in Trump. As an article by Wired at the end of last year argued; our own social filter bubble is destroying democracy. The author points out that maybe if Americans had people on their feeds that provided arguments against their self-held beliefs, and vice versa, people would have re-thought their vote. Perhaps the same could be applied to Brexit.

Because to understand what news is fake or biased, we have to find and read other sources. Or Facebook, Twitter and Google – which are increasingly acting like publishers in all but name – need to get a lot better at fostering connections and giving balanced debate – otherwise the world will keep belonging to hate.

Jack on #whenxmasbegins for him

They say Christmas comes too early each year. But for me and my family, it can’t come soon enough. Because what else do we have to look forward to in November? Rain? Wind? Storms with rubbish names?

Christmas is all about being together as a family. And despite being the son of a reverend – it’s not the birth of Jesus Christ that interests me. It’s more the return of my very own, waistline-heavy Christmas baby, developed as a consequence of the deluge of food, booze, inactivity and gluttonous presents – that I look forward to. God Bless Capitalism.

So for me, Christmas starts as soon as the family gets together for my mum’s birthday at the beginning of November. The talk of what we want from each other, the order of food that we want to eat on Christmas day (I’m drooling now) and the anticipation of whether we can beat the record of three Christmas dinners in three days, which was frankly one of the greatest times of my life.

Why celebrate Christmas on just one day when you can spread the excitement over two months? I’m considering opening a bottle of port this weekend and tucking into an early box of Guylian chocolates right now.

So, to those who get annoyed at Christmas coming too early, that retailers are spoiling it, that there shouldn’t be Christmas ads at the beginning of November I say ‘BAH Humbug!” Go get yourself a festive log, a tin of cheese biscuits and a party hat. Because it’s November people – and Christmas is here!

Why I’ll never shop on the high street again

That’s it. Never again, I vowed to myself as I pushed through the throngs of the 21st century zombie apocalypse, otherwise known as the shop floor in Oxford Street’s Topman. Never will I set foot on this godforsaken street again in search of the latest fashion, I thought to myself as I drop kicked a zombie (tourist) on my way down to the tube. 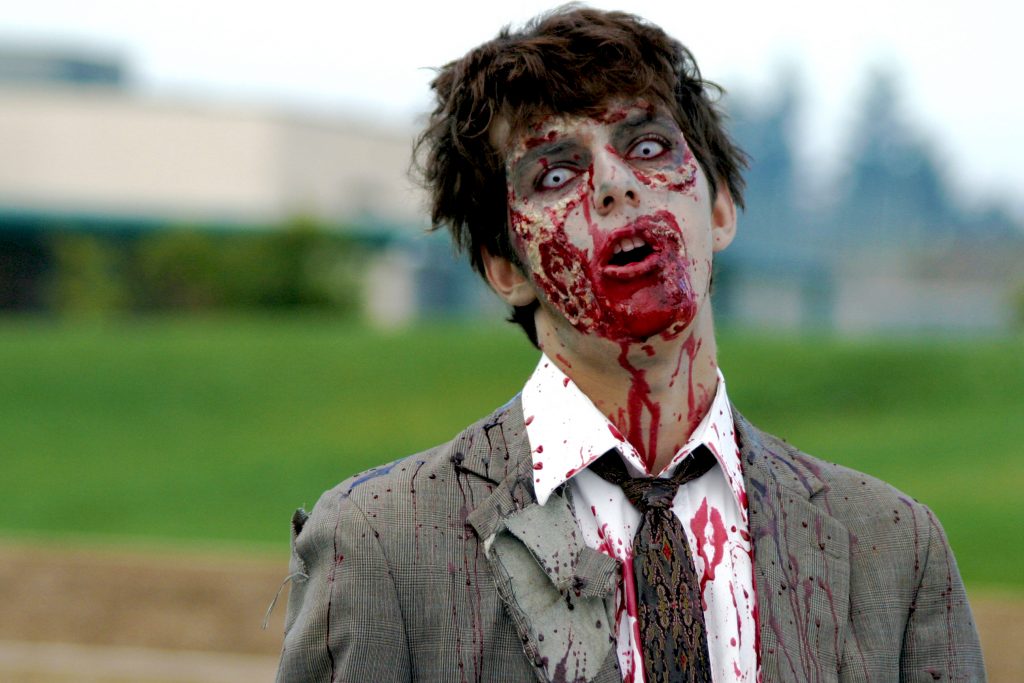 I only came in to buy a t-shirt, now look at me!

It’s not just the people that are the problem. I’ve always struggled to enjoy shopping on the high street for one particular reason. I can never find what I want, and if I do, it is never in my size. Fair enough, my gangly frame (with added beer belly) is hardly Mr. Average. But at a 32 waist (ahem) and a medium in shirts – I should hardly be shopping at Jacamo! It’s why ever since I had my first debit card I’ve shopped online. In particular, I use ASOS. Not only is the selection of clothes on offer enormous in comparison to even the largest flagship stores, but the speed with which you can get things delivered now is so impressive. For instance, I spent a couple of hours on and off yesterday lunchtime and evening adding to my basket. I ordered at 8PM and it was delivered to me the next day at around 3PM. That’s under 24 hours. Why oh why would I ever waste my weekends trawling through masses of crowds, only to end up empty handed and disappointed? The only reasonable excuse my friends give to me as to why they shop on the high street is because they can try things on and try new styles out. But with the advent of services such as Thread – where they designate you a personal shopper, who trawls the internet and suggests new styles to you using pictures you have on Facebook – we needn’t ever have to step foot in the in-store chaos again. So be it if the high-street is on its way out. In fact I’d go so far as to welcome the fact that digital rings the death knell for certain high streets. Because the ensuing zombie apocalypse is too much for this man to handle.

Why Confused.com’s new ad campaign is going to fall on deaf ears

“Great! Just what we need!” were the first thoughts that went through my mind as I read the news that Confused.com is launching a brand new mascot to front their new ad campaign.

In one of the most unimaginative advertising pushes I’ve ever seen: Confused.com’s ‘Brian the Robot’ is ready to jump onto the insurance mascot bandwagon to be seated alongside the Go Compare operatic annoyance and the ‘OH MY GOD MAKE IT STOP’ Compare The Market Meerkats.