Beats 1 will change the face of radio 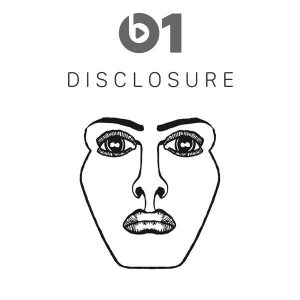 When I first heard Zane Lowe had been poached by Apple Music, I was a bit gutted. Listening to his overly-positive, talk to the beat of the music-style show has become a part of my weekday evening. So I shunned this new Apple Music, Beats 1 radio idea – not because I didn’t think it was interesting, but out of principle for the fact they had poached Lowe. Having said that, I’ve since succumbed and along with another few billion Apple users around the world, I’ve started listening to Beats 1 radio shows.

The other night I found myself captured by it for many hours, listening to great new ‘curated’ playlists whilst pondering the whole use of the word ‘radio’ for this new platform. It would be easy to dismiss Apple Music and Beats 1 as just another music platform, which of course, it is, but it’s also redefining what radio is and should be, and is, scarily ahead of its time.

There’s no doubt the Beeb has still has the live factor of radio down to a tee and its social and digital channels are coming on slowly but surely. But Beats 1 seems to have nailed the genre for generation ‘catch up’ and ‘on demand’. Yes, it has live radio, which it seems keen to promote as ‘global radio’ given its radio stingers, but it also works as a podcast, social and new music platform.

In the era of data droning Spotify, it’s refreshing to see Beats 1 embrace real human DJs to curate playlists – the DJs are even called ‘curators’. It’s a reassuring nudge to us humans that no data-based ‘you might also like this’-style playlist can ever be as good as a human-made one.

As well as the core DJ curators in Zane Lowe, Ebro Darden and Julie Adenuga (JME and Skepta’s sister, no joke), artists like Disclosure, Dr Dre, lead singer of Vampire Weekend Ezra Koenig, Jayden Smith and that bloke Elton John, also have their own shows. This is where Beats 1 gets really interesting. The music the artists choose is a unique reflection of their sometimes unexpected inspirations. For example, the Disclosure boys dropped a cheeky jazz number into their recent show with Sam Smith and emphasised they don’t always listen to house bangers. The shows feature some fantastic artist to artist interviews which bring out those little moments that don’t happen with most DJ to artist interviews. In artist to artist interviews there is this mutual respect that comes across really well on air. Of course all the shows’ playlists are then seamlessly available on Apple Music for your £9.99 a month.

Beats 1 feels like a platform for discovering amazing new music in a way that Spotify doesn’t and the BBC can’t quite keep up with. Using trustworthy and respected human curators, there is immediacy to this radio platform that has raised the benchmark again, in a way that Apple hasn’t done for a while with its recent innovations.

From the curators’ playlists to the embedded music videos and artist engagement opportunities, Beats 1 is a seamless music experience that is redefining what radio is and should be. Of course there are elements that are a bit frustrating such as the ‘connect’ feature and comment boxes that need work because they don’t work. Nonetheless, it’s a great start and is making the whole concept of radio relevant again in the age of zero attention span where Snapchat stories are even getting a bit long. It’s going to be interesting and exciting to see what happens to Beats 1 over the next 12 months as it gains popularity (or not); watch this very white Apple space.

« SHUT IT! The app to switch apps off! By Rita, on Velvet work experience » Why Big Data will fundamentally change human connections