What binds the opposing forces of creativity and politics?

I have just finished the Netflix series triumph, House of Cards, Season 2. This got me to thinking about the seemingly alien world that has taken hold in the White House.

If I were to baldly describe the plot and subplots, they would appear to be a glory-fest of cold heartedness, scheming and vaulting ambition. Men in immaculate suits cutting through swathes of other less artful men, out-manoeuvring and face-stepping on anyone in their way. Apart from the tasteful decor and fashionably muted tones of the office interiors, how could this possibly relate to the mind-expanding, truth-searching and innovative quests of the creative world that we seek to inhabit?

Let’s compare House of Cards with another series, closer to home. The protagonists of Mad Men seem like light comedians in comparison. Surely the creative community is a fun-loving playground of technicolour, jolly slogans and smiles?

Perhaps not. Perhaps we should own up to the hard-faced, scheming reality we really represent… Anyone involved in the frenzied blood-letting of a creative pitch will have to take the Fifth Amendment if asked about their true state of mind when going into battle.

It might pompously be called ‘strategy’, but in reality its devious brain-power that goes into hyper-drive – every weapon possessed, primed and cocked; every chink in the opposition is agitated, prised and peeled in an effort to surpass them. Win or die. There is no prize for second place. The suits are equally sharp, the relative reward equally great as career ladders are tilted upward.

And the satisfaction of victory… It would make even Frank Underwood and his own Lady Macbeth blanch. Don’t you just love it..

Marketing to women can be a tricky thing. Brands can easily stumble into schoolboy (or should that be schoolgirl) errors. The worst approaches range from patronising to facile to lazy lip service. Pink laptops anyone?

Now you’d expect beauty brands targeted at women to have a better understanding of their audience. Dove has secured masses of well-deserved plaudits and has set the standard for intelligent communications.  The gloss and glamour of the traditional upmarket brands is complemented by some of the more quirky approaches of companies such as Bliss (Fat Girl Slim) and Soap and Glory (Butter Yourself) that show that humour can work really well in this space.

But that’s the thing about humour, you’ve got to know how and when to use it. Which leads us to the latest launch from Rodial an upmarket brand that is no stranger to controversy (Boob Job, Size Zero – all products with names that you could take as tongue in cheek, but a ‘sailing close to the wind’ type of humour!)

Rodial’s Cougar Skin is a product for mature, menopausal skin. Call me old-fashioned, but as the brilliant Jane Cunningham, aka The British Beauty Blogger points out, I don’t actually think that women who suffer from many of the more uncomfortable symptoms of the menopause will find the marketing approach of this product funny in the least. Sure, the cougar phenomenon might be amusing and self-styled cougars might be proud to adopt the label, but to apply it willy nilly to menopausal women as a whole and at a time of life that can come with emotional and physical upheaval is simply rubbish.

It’s a cheap trick from a brand that should know better.

‘Tis the season to be… selfish

When it comes to this year’s crop of Christmas ads, forget John Lewis (I’ve had it with marketers trying to make me cry), Tesco and Sainsbury (who thought ageing and bad ‘hand-held’ footage was a good idea?? And I can’t be the only one who’s struggled to differentiate between the two) and even the celeb-endorsed spots from the likes of M&S and Morrisons (isn’t Dec, the other half of Ant, a bit of a podge now?).

What’s doing it for me this year are two spots, partly because both tie into one clear insight that we all (even those who aren’t dyed-in-the-wool cynics like me) know to be true: that the season of goodwill has now become a competitive, commercial and me-first festival. Mainly though, I think they’re a cut above the rest because they touch a very real and pragmatic cord, and make me smile in the process.

Check out Samsung’s clean, clever and simple ‘Ultimate dinner party weapon’ print ad for its fridges, running currently in the UK press and through Cheil UK. 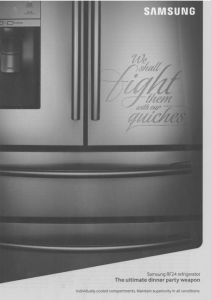 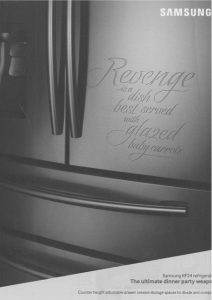 And my personal winner so far – Harvey Nichols’ Sorry, I spent it on myself spot, through Adam&EveDDB. (By the by, for those who don’t know, Adam&EveDDB also did the John Lewis ad, so hats off for versatility as well as seminal expression of insight).

Importantly, both pieces work – I covet the fridge (even though I can’t see much of it), and Harvey Nicks – your showcase of goodies (especially that gorgeous dress) makes it even harder to resist the temptation to spend it on myself…

The skin I live in

The cosmetics industry comes up against a great deal of flack for false promises. We’ve all heard about the mascara ads banned by the ASA for crafty photo shopping, using false eyelashes and other strategies. Despite this, I’m pretty confident that most ads in this space are decent, honest and truthful. It’s a tricky area as most women are buying a dream and do want to suspend disbelief to a certain extent when buying the latest new product. And many products do deliver results and so build up a hugely loyal fanbase. I buy Nuxe, La Roche-Posay and Chantecaille products again and again because they perform brilliantly. I could name many more that do the same. 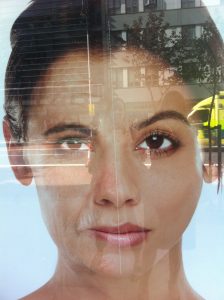 In other words, I’m one of the biggest beauty product advocates out there. However I saw something that truly shocked me when I was walking around Holborn the other day. It was the window display for a skin clinic and if it has been an ad in a glossy magazine I think it would have been banned. I’m guessing the legislation around window advertising is quite different to that for print, so it’s probably a question of buyer beware. Take a look at the images in question. Is the supplier of these beauty services seriously suggesting that the effects of age can be reversed as dramatically as the picture suggests? To my mind it’s irresponsible advertising, but why don’t you judge for yourself.

Mauricé Levy’s Publicis and the audacious ‘merger of equals’ with John Wren’s Omnicom has prompted reams of commentary. It’s big news, not just for the ad industry, but for the business world as a whole. 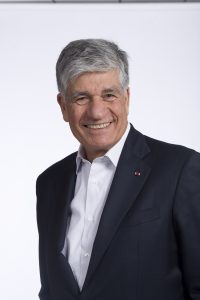 But it’s the men behind the deal and their respective characters that has also prompted much comment. John Wren, the quiet one and Maurice Levy, the charming, engaging Frenchman, always ready with a witty observation, a man who appears to relish his time in the spotlight. It’s the cult of the CEO and the tale of two dynamically opposing but complementary elder statesmen under the microscope and makes for fascinating reading.

END_OF_DOCUMENT_TOKEN_TO_BE_REPLACED

After several years of using an iPhone 3GS (that, contrary to popular opinion, worked fine), I recently upgraded to an iPhone 5. As a result I went from being blissfully out-of-contract to a much more expensive two-year deal. But hey, them’s the breaks if you want the shiny new(ish) tech.

Unsurprisingly, this has reminded Apple that I exist, and since the upgrade I’ve received two marketing emails – having not received any beforehand that I can recall.

Mostly I find poorly targeted email or SMS marketing to be amusing rather than annoying, but this was a whole new level of wrong.

END_OF_DOCUMENT_TOKEN_TO_BE_REPLACED

It may have taken 77 years for a Brit to put the Wimbledon Men’s Singles title voodoo to bed, but it’s taken considerably longer for another much-loved British institution – The Royal Mail – to start the journey from public to private ownership.

Image taken from The Daily Telegraph

This week the coalition Government (which still seems an odd thing to write, let alone be ‘governed’ by) announced plans to privatise Royal Mail with a Stock Market flotation. The general concensus seems to be that the privatisation of monolithic, monopolistic, state-owned industries has been positive, transforming stodgy, unfit behemoths into lean, agile and competitive players.

END_OF_DOCUMENT_TOKEN_TO_BE_REPLACED

A bad week for women in business

Barely a week goes by without a rallying cry for more women in business leadership roles. Clearly great strides have been made but there is still much to do. 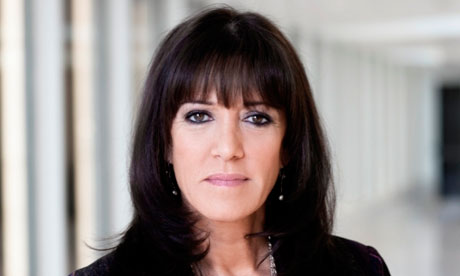 Image of Dame Gail Rebuck taken from The Guardian website

Last week was a poor one for senior women in the publishing industry when two of its most powerful women, Dame Gail Rebuck (who has run the UK arm of Random House since 1991) and Victoria Barnsley (CEO, Harper Collins) stepped down from their roles. That leaves just one remaining, Ursula Mackenzie at Little Brown. Admittedly Rebuck will chair Penguin Random House UK, but it’s Tom Weldon, the UK chief executive of Penguin, who will take over as chief executive of the enlarged UK operation following last week’s merger of Bertelsmann-owned Random House and Pearson-owned Penguin to create the world’s biggest publisher with control of more than 25% of the global market.

END_OF_DOCUMENT_TOKEN_TO_BE_REPLACED

Begin with a Bulmers – the ad campaign that works

Let’s face it the summer of 2013 has hardly been a classic so far. In fact some would say that, even with June already here, we’re still waiting for it to start. Now and then a few heroes see some sun and step out in t-shirt and shorts  – if it’s sunny, it’s hot, right? – but they look a bit silly when they’re shivering in the corner of a chilly beer garden an hour later when the sun has gone down.

Of course the dismal weather hasn‘t stopped marketers wheeling out their long planned summer campaigns, featuring the young and beautiful enjoying blue skies made that bit bluer by the presence of product X. Am I the only one left wondering where they found all that sunshine? One such hazy sun-dappled Shangri-la of a TV-ad world is presented by Bulmers in their ‘Begin with a Bulmers’ campaign. The ad shows a perfect evening’s fun in reverse, going back from a roof-top party, through an open air concert (no woolly jumpers in sight) to a bar and a flat where the first Bulmers bottles of the day make their appearance at the end of this ‘Reverse’ ad. The thing is I actually quite like it, despite my where-was-that-filmed-I bet-it-wasn’t-around-here cynicism and I’ve been trying to work out why it works for me. END_OF_DOCUMENT_TOKEN_TO_BE_REPLACED

The Limbo Ads: How low can you go?

When does innuendo reach a crescendo? When does tongue-in-cheek become foot-in-mouth? When some months ago I was introduced to the energy drink known as “Pussy”, I thought that this was unique; a soft drink with a name open to interpretation as either something innocuous – a cat – or a woman’s private parts. The strap tells me that the “The drink’s pure. It’s your mind that’s the problem.” Oh, sorry my fault. Close to the knuckle? Definitely. Eye catching? Certainly. Unique? Well apparently not. 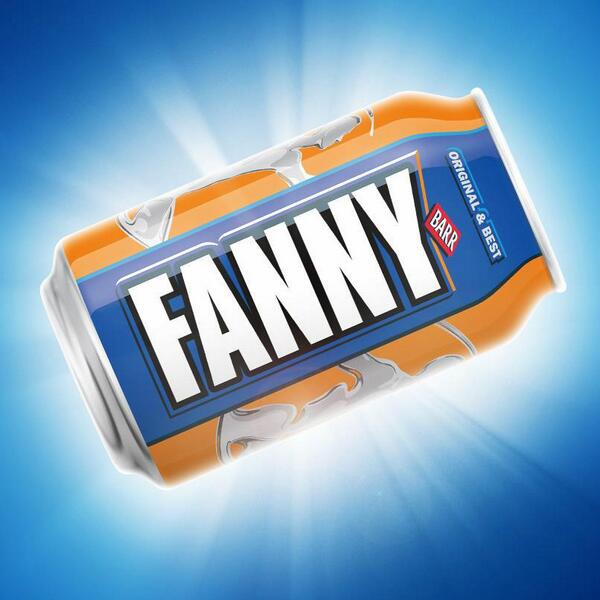 Say hello to ‘Fanny’, the new name for IrnBru. Wow. So that’s two soft drinks in the borderline-offensive, feminine niche. It’s a tight spot to be sure. Adherents of IrnBru can claim that this works on more than one level – that Fanny is not only anatomically rude, but also a colloquial pejorative, especially north of the border. There is currently a further dig at Coke who are naming bottles after people and Fanny is after all a girl’s name, albeit rather underused these days. It kind of works – more so if you’re Scottish, according to the social networks.