As a society, we’re obsessed with illness. It’s weird. It seems like we have to know what’s wrong with everyone, why it went wrong, and if it’ll happen to us. David Bowie’s cancer wasn’t private – it was ‘secret’, apparently. Brands take note of this, rallying around specific illnesses and diseases seen as ‘popular’ within the public discourse at that time.

Like the Ice Bucket Challenge, for example. That was the ‘in’ thing circa Summer 2014; you dumped ice-cold water on your head, nominated a mate and donated money towards motor neurone disease. Obviously it’s great that an illness was being highlighted, but more often than not it was about getting likes on Facebook and feeling really good about yourself.

And now Alzheimer’s has its turn on the merry-go-round. Again, it’s amazing that brands address illness; not only does it raise awareness, but corporate social responsibility is more important than ever in 2017. The thing is, though, that brands have to ensure they’re using their voice in the right way.

Shazam hasn’t done this. Recently, the music-recognition service started ‘forgetting’ song titles. Turns out it was a campaign, executed to highlight the fact that over 40,000 people under 65 are living with dementia in the UK. It resulted in over 5,000 users following Shazam’s link to Alzheimer’s Research UK’s donation page. Great stuff, right?

Well… not completely. There’s a major flaw: music is one thing Alzheimer’s sufferers seem to clutch onto. Crank up some AC/DC and dementia patients will hum along. Music is a tried and tested method of therapy to soothe patients and, in one case, even prompted a woman with little recognition or awareness to perform a pitch-perfect piano accompaniment. The brain’s motor centre responds directly to auditory rhythmic cues, meaning a familiar track can indeed prompt certain memories to jump out.

So Shazam’s campaign is a bit of a false advertisement – having Alzheimer’s doesn’t necessarily mean you’ll forget song titles. How many of us do that on a daily basis anyway? People forget song titles and lyrics all the time, because your brain can only cram so much stuff in.

If anything, this campaign unintentionally trivialises the illness and casts doubt on what it is. Just like pop culture has romanticised depression and framed people suffering from bi-polar as flipping between moods like the Hulk, Alzheimer’s is being misrepresented and, with something as popular as Shazam, this campaign could lead to people thinking they have symptoms. The NHS is spread thin as it is; it doesn’t need a line of worried musos fretting because they can’t remember the lyrics to a Nine Inch Nails b-side.

Brands: don’t stop trying. Don’t stop fighting the good fight. But please, please think a bit more about what you’re putting out there.

The power of Vodafone’s new campaign

The web has the power to do a great deal of good. Increasingly brands are delivering real value to consumers and society more broadly so that they can be more relevant and useful to them in their daily lives.

Now I’m usually immune to the famously emotive campaigns that move most people, the likes of Dove Real Women or P&G’s Olympic Mums, but this week’s initiative from Vodafone to resurrect the dying indigenous Mexican language Ayapaneco really moved me.

For anyone who hasn’t seen the campaign it reunites the two remaining speakers of the language who had fallen out years ago. The tearful reunion between the two elderly men and the building of a language school so that local kids can keep the language alive are beautifully done but sort of what you’d expect to see. But for me the genius lies in the true effort Vodafone has put into making this happen and in the appropriateness of the cause it has chosen to champion.

Language is about so much more than a mode of communication. It’s a filter on the world, a world view that is shared by every speaker of that language. Once that language disappears, that unique world view and associated culture disappears with it. And to my mind that is an enormous loss, possibly more significant even than the loss of precious fauna, flora or a unique habitat. Vodafone seems to have grasped this instinctively. Once a language is dead, it has gone forever – there is no linguistic DNA equivalent to that of long-dead mammoths in frozen wastes, ready for science to work its resurrecting magic.

As Gregor Gründgens, the brand director of Vodafone Germany, quite rightly says: “Technology can enable some amazing things. In this case, helping to prevent a language from becoming extinct.”

The power of this campaign lies in its scalability – there are many, many indigenous language on the cusp of disappearance – in its authenticity and in its brilliant fit for a global company that is in the business of facilitating communication between people.

The full video can be viewed here

slendertone facial and building advocacy…or not… 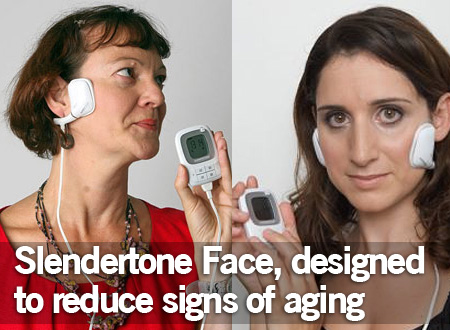 I love my beauty products. Despite working in the industry and knowing what I do, I’m still an ad man’s wet dream. A weekly visit to Space NK is my equivalent of the candy store. Like many women I’m on a perpetual quest to find the product that will really make a difference. Actually, there are some that do their job brilliantly and which I couldn’t do without. So for me and many like me, it’s not just about false hope. I’m not averse to spending big money too. But before doing that I like to know what I’m buying, hear what other people have to say about it and even have a go. I was in the market for a Slendertone Face last autumn (priced somewhere around £300 it’s quite a big ticket item as far as beauty products/gadgets go). The stealth-like print ad campaign in places like Grazia had been just enough to whet my appetite and I was ready to part with my money. I did some trawling online looking for reviews, forums, blog posts etc. There was practically nothing and that continued to be the case for many months after the launch. There’s still not much now. I was desperate to find some substantial conversations about the product and how people had got on with it, and was amazed to find so little. In fact, I held off purchasing because I really wanted some feedback, some reassurance. It’s not difficult to work out the target audience for a luxury product like this. Slendertone really missed a trick by not creating some proper advocacy in advance of the launch that would have got customers like me parting with their cash a lot faster and feeling a whole lot better about it. If I’m honest, what finally got me down to Harrods to make my purchase was a positive review from one of my favourite bloggers, The British Beauty Blogger and to whom I am grateful on a daily basis for her great posts and recommendations. And even the Harrods experience was appalling. No one had heard of the product, didn’t know where it was kept and I was sent from pillar to post. Fifteen minutes in, I finally found a makeshift Slendertone stand, but hey, the sales assistant was out at lunch and of course, no-one could help or give a product demo. By that point I was so desperate and cross that I couldn’t wait to leave, and leave I did, despite all the odds, with my purchase made. Don’t get me wrong, I love the product and have used it religiously over the last six month. No, don’t say you can’t see the difference! But talk about a purchase made against all odds!