Morrisons puts customers first, but what about Waitrose? 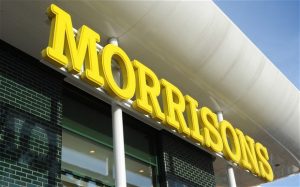 Back in summer 2012 I blogged about how Waitrose Chiswick hit new depths when it brought in a thoroughly irresponsible toddler-height confectionery/snack display running the length of the queuing area.

The display is still there and it still drives me mad.

Morrisons however has finally decided to take the issue seriously. The Grocer reported recently that it has decided to phase out the use of so-called ‘guilt lanes’ and get rid of sweets and unhealthy snacks at the checkout by February 2016.

Morrisons says its move is based on feedback from customers. We constantly read about how brands put the customer first, but we don’t necessarily see them delivering on this philosophy, so well done Morrisons!

Despite my contacting Waitrose many, many times asking why they’d introduced a confectionery-heavy checkout, they never, ever got back to me. That’s hardly what you’d call putting the customer first.

« A bunch of hot air? My experiences in the world of cannabis legalisation » It’s beginning to look a lot like Christmas – or not…