Need proof that digital and creativity can co-exist? Look to Netflix

When I logged into Netflix this week, Alfonso Cuarón’s latest, ‘Roma’, appeared in the ‘spotlight’ section. There was no trailer, no blurb, just a stark black and white image and a title. I’m a film buff and a big Cuarón fan to boot, so it went straight on my watchlist. However, given ‘Roma’ represents Netflix’s big Oscar hope for 2019, there was little in the way of fanfare, or indeed context.

In terms of bringing the film to a wider audience and creating a pre-Oscar buzz, it seemed a missed opportunity – strange that a digital-first business would pass over the opportunity to get the film trending on social media channels. Clearly Netflix has money, subscriptions are still on an upward trajectory and its revenues are in the billions, so what’s up with the lack of publicity?

By comparison, we’re right in the middle of the Oscars season and the Hollywood studios are ramping up the hype machine for the likes of ‘First Man’ and ‘A Star is Born’. However, the metascore for Cuarón’s film is head and shoulders above all the other contenders, and it currently stands as the 26th highest scoring film of all time on Metacritic! 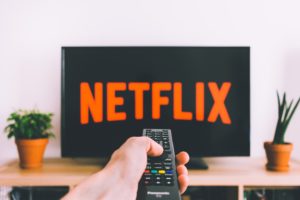 Not that you’d necessarily know. ‘Roma’ is one of 69 titles that have been added to the service just over the past week, of which just over a quarter are Netflix Originals. I suppose, who needs hype when you’ve got algorithms? It just so happens that my viewing habits place ‘Roma’ over ‘Prince of Peoria: A Christmas Moose Miracle” in my daily ‘spotlight’.

So, what does this tell us? Does the cold, hard logic of Netflix’s data – which takes the blame for the abrupt cancellation of the bulk of the streamer’s original Marvel series – mean that it doesn’t care about the fans or the filmmakers? Are Netflix Originals just… content?

Despite what big screen purists might suggest, it wouldn’t actually appear so. You might equally argue the Hollywood studios have been working to a formula since Jaws – the first true blockbuster – was released in 1975. Auteurs such as Cuarón and the Coen brothers are drawn to Netflix by a perceived lack of studio interference.

Netflix also gave ‘Roma’ (albeit limited) distribution across 600 cinema screens worldwide. Using this exhibition window not only gives the film added legitimacy in the eyes of the Academy Awards judging panel, but also makes it eligible for the Cannes Film Festival.

Netflix has come in for some criticism over the lack of a coherent cinema release schedule, but I’d say cut it some slack. Its business model is built on streaming, a very different proposition. Equally, if you really wanted to see ‘Roma’ on the big screen, you just had to run a quick Google search.

The film snobs that suggest films belong only in the cinema can get over themselves too: the outlay of ticket cost compared to the size of screen and experience in many central London cinemas simply doesn’t hold up. Especially when the average size of televisions is steadily increasing, and costs for great quality home cinema experiences become less prohibitive with each passing year. 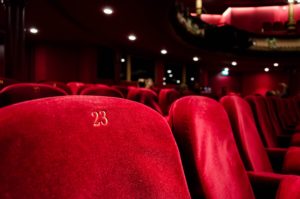 Streaming services such as Netflix and Amazon are disruptive, and are forcing the established studios to reassess their own strategies – and in some cases, if you can’t beat them, join them! This doesn’t have to be a bad thing – in fact, UK cinemas are in rude health, both independent and chain. According to figures from Future Thinking, the average number of visits in this country stood at six per household last year, and over a quarter (27%) of people visit the cinema at least once per month.

The fact is, the cinema sector is evolving in line with technology and that can only be a good thing for consumers – and also for the creators, who have more options for finding an audience. Does it really matter how big the screen it’s viewed on is? There’s certainly a room for cinema and streaming services to co-exist. While the biggest (preferably IMAX) screens are undoubtedly the best option for enjoying the spectacle of the latest Star Wars movie, a slow burn arthouse film may be just as well suited to the comfort of your front room – preferably with a nice glass of red.

It doesn’t take a great leap to see film (in its broadest sense) as a microcosm for the broader media sector, which has been turned on its head by the rapid migration to digital platforms. Perhaps the difference is that there is less space for all the players within that ecosystem, and we are now seeing Darwinism at play.

What we need to remember is this isn’t necessarily a bad thing – the media industry has certainly seen enough scandals in recent years to convince us of this. Evolution is natural, but as we saw with the dinosaurs: biggest doesn’t necessarily equate to best.

Need help telling your stories in a compelling way? The team here at Velvet can help. For an informal chat, or to find out more, please call us on 0208 996 1800 or email on hello@velvetpr.biz.

« The many meanings of ‘Baby It’s Cold Outside’ » Gummy worms, gossip and the not-so-dark art of PR – my internship at Velvet