Gerard Depardieu and his rather revealing scene 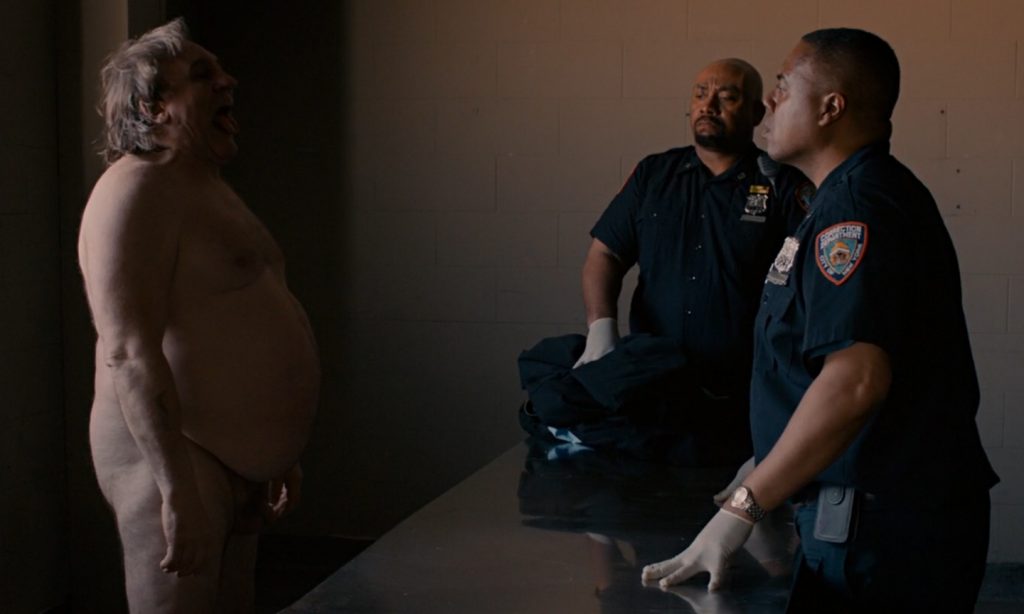 Taken from The Guardian

When you think of Gerard Depardieu, what’s the first adjective that pops into your head; Sexy? Fit? Stunning? Clearly not anymore. During one of the office’s recent odd conversations (and trust me there are plenty), we discussed Mr. Depardieu’s recent role in Welcome To New York, where he plays the role of philandering former IMF boss, Dominique Strauss-Kahn. There’s a much talked about scene that sees the star strip naked, Hogarthian paunch and all. Rather than it being a glorious celebration of the naturally ageing human body with all its failing, it caused the critics and subsequent audiences to gasp with horror. Several tangents later in the office and we began discussing the October cover of Attitude, featuring Gareth Thomas and his boyfriend Ian Baum proclaiming their undying love for one another. A brilliant example of how far we have come as a society, yet the image is riddled with something that made us feel a little uncomfortable.  So what’s the common thread in these two examples? It happens to be unconventional displays of sexuality – either ageing sexuality or non-heterosexual sexuality or god forbid the two together – fact is Ian Baum is 50 plus. Ageism is still a massive issue within our society, especially when it comes to having sex. Just imagine for one second an alternate universe in which those over 60 still have a sex drive. I mean just really imagine it. Wait, that’s not an alternate universe, that’s our universe. And who’d have known!? For some strange reason, the media we are fed daily has us believe that once you reach your twilight years, you take on the genitalia of a Barbie doll and have nothing better to do than moan about Mary Berry and race one another on your Stannah stair lifts. Let’s get this straight; people have sex (or attempt to) until the day they die. That’s right, grandma and granddad have been at it like rabbits behind your back. So why doesn’t the media portray the older body as sexual? Don’t get me wrong, I’m not in the market for having David Attenborough’s genitalia shoved in my face whilst he interviews Bjork, but wouldn’t it be nice for us all as a society to recognise that older people are sexual beings too? That’s why I want to propose a challenge to the media as a whole; a campaign to recognise that older people can be sexual too. I’m not talking an alternative Page 3 which sees Babs from down the road holding a pack of Rich Tea over her unmentionables, but a new take on the classics. Something stylish, something intriguing, but most of all, something that can help change our mindset for the greater good. I want to see ad agencies revisit classic ads such as Hagen Daz’s ‘Lose Control’ and reinterpret them with sexualised images of the elderly. The perfect example can be seen in this take on the famous Eva Herzigova Wonderbra ad by Age Concern. Let’s face it, we’ll all get there at some point, and I plan on being a sexually active pensioner in my care home of joy even from this, my vantage point as a green twenty something!  Ad agencies, do you actually have the balls to rise to the challenge?

« The importance of a good corporate photo » Fashion brands get age appropriate and some!