Reaching for the Sky with robotics 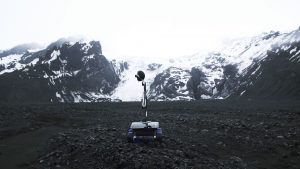 A short while ago I was transported into the world of robotics. It was (and still is) a space I know very little about.

It’s all incredibly complex and scientific, but hugely interesting and if the scientists are correct, robots will soon become an integral part of our everyday lives. So when a briefing came in to publicise the Samsung NX Rover – a web user-controlled camera-bot built by Velvet client Cheil UK – it was clear that this was a story worth telling, and one to pull out all the stops for.

NX Rover, inspired by Mars exploration rovers, is equipped with the Samsung Galaxy NX camera which has 3G/4G and Wi-Fi sharing capabilities – meaning that when images are taken via the machine, they can be shared instantly.

As part of Cheil UK’s campaign, the NX Rover embarked on an international trip to a range of locations including the Blue Lagoon in Iceland where a live fashion shoot took place, and the Bayern FC training ground. Keen photographers were given the opportunity to take photographs in each location by remotely controlling the NX Rover via their PC, all from the comfort of their own home.

Seeing the NX Rover in action gave me a great insight into the power of tech and more specifically, robotics. We pulled out all the stops on the PR front, offering key journalists from the national press exclusive access to the camera-bot while it was in Iceland. It was a challenging and exciting task. The Huffington Post published an extensive picture and news story on its Tech section and a producer from Sky News’ tech show Swipe actually took to his computer at the weekend to log in and take control of the camera-bot. (You can see how he got on here – see 3 minutes 11 seconds in.) Result!

A new age of robotics is certainly upon us and the NX Rover is just a glimpse of what’s to come. Later this year Tate Britain will be giving art lovers the chance to remotely drive robots around the museum ‘After Dark’ – how cool is that!

I’m not sure I’m personally quite ready for a Robot & Frank way of living, but access to extraordinary places I might never get to visit, for free, from the comfort of my own home? Now that’s something I’d subscribe to. 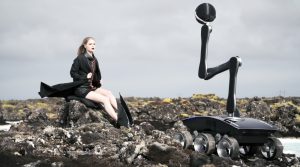