The many meanings of ‘Baby It’s Cold Outside’ 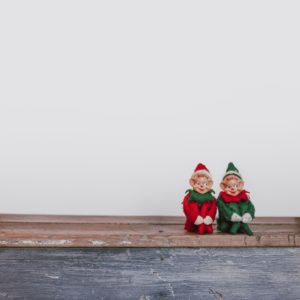 It’s that time of the year again – alongside mince pies, turkey and copious booze, the re-examination of classic Christmas songs has become a seasonal media staple.

Band Aid’s well-intentioned ‘Do They Know It’s Christmas’ just about gets away with lyrics that now scan as more than a little tone deaf – ‘Where nothing ever grows / No rain or rivers flow’ is an interesting summation of a continent home to some of the world’s largest wildlife populations.

But by far the most controversial is ‘Baby It’s Cold Outside’, written by Frank Loesser in 1944 and performed by countless artists since.

The song has come under intense scrutiny in recent years for its apparent description of a man’s attempt to pressure an unwilling woman into sex. Certainly a brief scan of the lyrics reveals something a little more adult than your average Christmas carol – the ‘mouse’ part (usually taken by the female singer) says ‘I simply must go’ and ‘The answer is no’, while the ‘wolf’ repeatedly insists ‘baby it’s cold outside’.

It’s not hard to see why people object to the song, and why it has been banned by some radio stations in America, with at least one of the stations citing the #MeToo movement alongside its reasoning.

But the backlash to the backlash (as is wont to happen with every controversy on the internet) has been a little more nuanced than traditionalists complaining about ‘political correctness gone mad’. Numerous feminist defences of the song have been made, all of which stress that it must be understood in the cultural context in which it was first written.

They make the point that the woman never explicitly refuses to stay, but rather runs through a list of all the societal consequences that would befall her if she did – she’s worried that her ‘maiden aunt’s mind is vicious’, and that, as a good girl in mid-century America, she ‘ought to say no, no, no sir’.

‘Ought’ is the operative word in this interpretation – the two speakers appear equally up for it, but such are the double standards of their time that only the man can actively voice his desire. All the man’s talk about blizzards and cabs actually provides the woman an excuse to stay.

The line ‘say what’s in this drink’, far from being a tell-tale sign of drink spiking, was a specific turn of phrase at the time that acknowledged someone’s transgressive behaviour by jokingly blaming it on the alcohol they were (or rather weren’t) drinking. 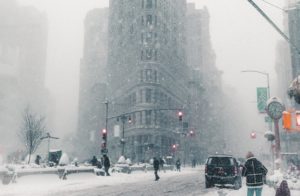 The debate surrounding the song is a powerful example of how the same message (in this case, the same set of lyrics) means very different things in different contexts. It’s perfectly possible to believe both that there’s nothing intrinsically wrong with the song itself, and that it doesn’t sit well given the current social context, a nuance which seems to have escaped most of those arguing about the song online.

It’s also a neat reminder to brands about some of the basic principles of communications: context is everything, and ambiguity and subtlety can easily get lost in messaging when people start to project their own interpretations onto what you’re saying.

At Velvet, we help our clients get the right message, in front of the right person, at the right time. For an informal chat about your communication ambitions, please call us on 0208 996 1800 or email on hello@velvetpr.biz.