Identifying angles, approaches and the right roll-out for the second P&H ‘Forecourt Report’

Wholesaler Palmer and Harvey wanted to reinforce its authoritative voice on the UK forecourt sector.

Velvet worked with Palmer and Harvey on its first Forecourt Report in 2011, positioning the company as the UK’s leading authority on forecourt retail and generating a wealth of media coverage. The question was: how to build on that success without re-treading old ground? 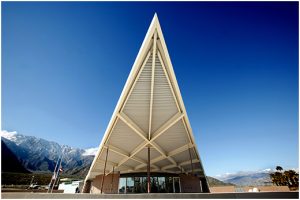 The first Forecourt Report had been a ‘state of the nation’ analysis of the UK sector as it currently stood, combined with advice for retailers. Velvet and Palmer and Harvey positioned the second Report as a broader look at both the current state of play as well as the future, featuring new consumer research to demonstrate what shoppers liked and disliked about UK forecourts.

It also drew inspiration from forecourt designs around the globe, with industry experts consulted to predict what the petrol station of 2030 might look like.

The research provided a number of strong news angles, but it was felt these could have irritated key opinion formers if they saw the findings through the media’s ‘sensationalist’ eyes. To avoid this, Velvet worked with Palmer and Harvey to organise a key opinion-former dinner, where the results were shared with the UK’s main forecourt retailers and suppliers before being unveiled to the media.

Following this industry briefing, the research was released in stages to the trade, national and regional press.

The media release was picked up by a range of tier one target media, with in-depth coverage appearing in The Sunday Times, trade bibles such as Forecourt Trader and The Grocer, as well as numerous regional titles. The Forecourt Report itself was repeatedly downloaded by Palmer and Harvey’s customers and prospects.